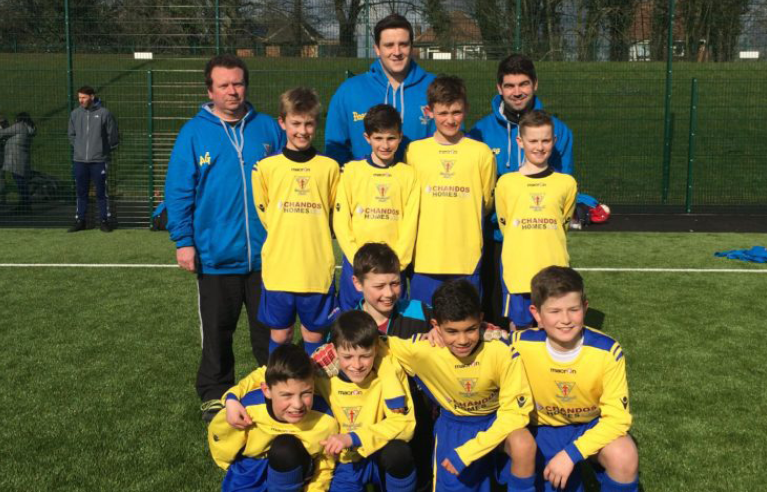 March 2016 – Mossley Primary school under 11’s have reached the Northern schools football finals to be held shortly in Rotherham. Leam Connelly son of legendary ground worker Steve Connelly, is one of the 11 who will compete in the tournament. The winners will go through to the national finals at Wembley.

Steve reckons they are the best team since the Busby Babes of ‘58, hopefully with the new kit nothing will stop them going all the way.