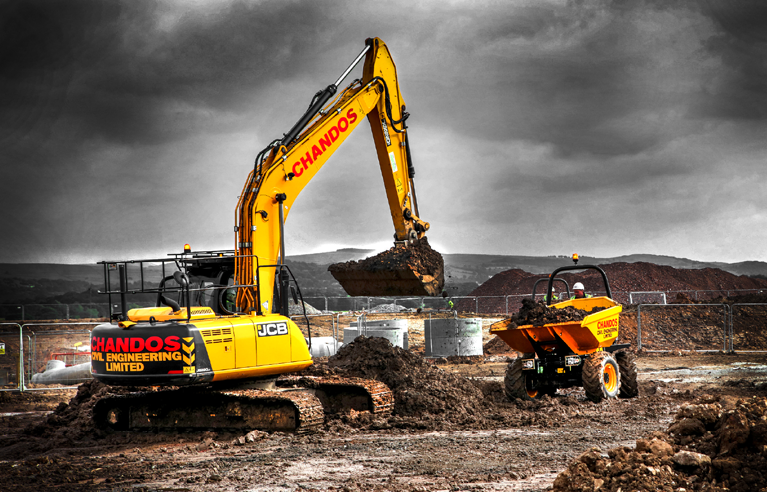 Following a succession of contract wins over the last 6 months, Chandos Civil Engineering have been appointed principal contractor at the former Avro Site at Woodford Aerodrome – home of the Lancaster bomber.

Plans to build 920 homes on the site were approved in July last year and the Redrow Homes development will include high quality homes, shops, a primary school, community facilities and a variety of publicly-accessible amenity and recreational open spaces. click here for scheme details

“This is a flagship site for us. We are proud to be involved in this historic site and restore a part of its history. Former buildings are being recycled as much as possible and former runways will be re-used for new road construction elsewhere.”